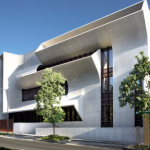 The winners of the Australian Institute of Architects’ 2016 NSW Architecture Awards have been announced and GeoExchange Australia has been involved with two separate homes, including the Wilkinson Award for excellence in a residential building: Indigo Slam by Smart Design Studio – Wilkinson Award “An extraordinary house that adds to the reinvention of Chippendale as […]